I’d read a little buzz about this site called Readwave, which is a site you can upload fiction to and open it up to a wider audience.

My story, To the stars, has currently had 85 reads, 2 likes and 7 comments from people who had lovely feedback for me. It also trended (moved into the first page of stories that people were reading) on the first day. I am unsure if it has brought any more traffic here to my blog, but I suspect you would need to have a larger following than I do.

It’s been a great experience, and given that people have specifically asked for further stories with the characters, I will definitely give it another go. I am posting about it here, because I want to link all my stories to this blog, so everyone can follow them, wherever they end up.

You can read the story here: http://www.readwave.com/to-the-stars_s12061

Thanks to all my friends who have already had a look. 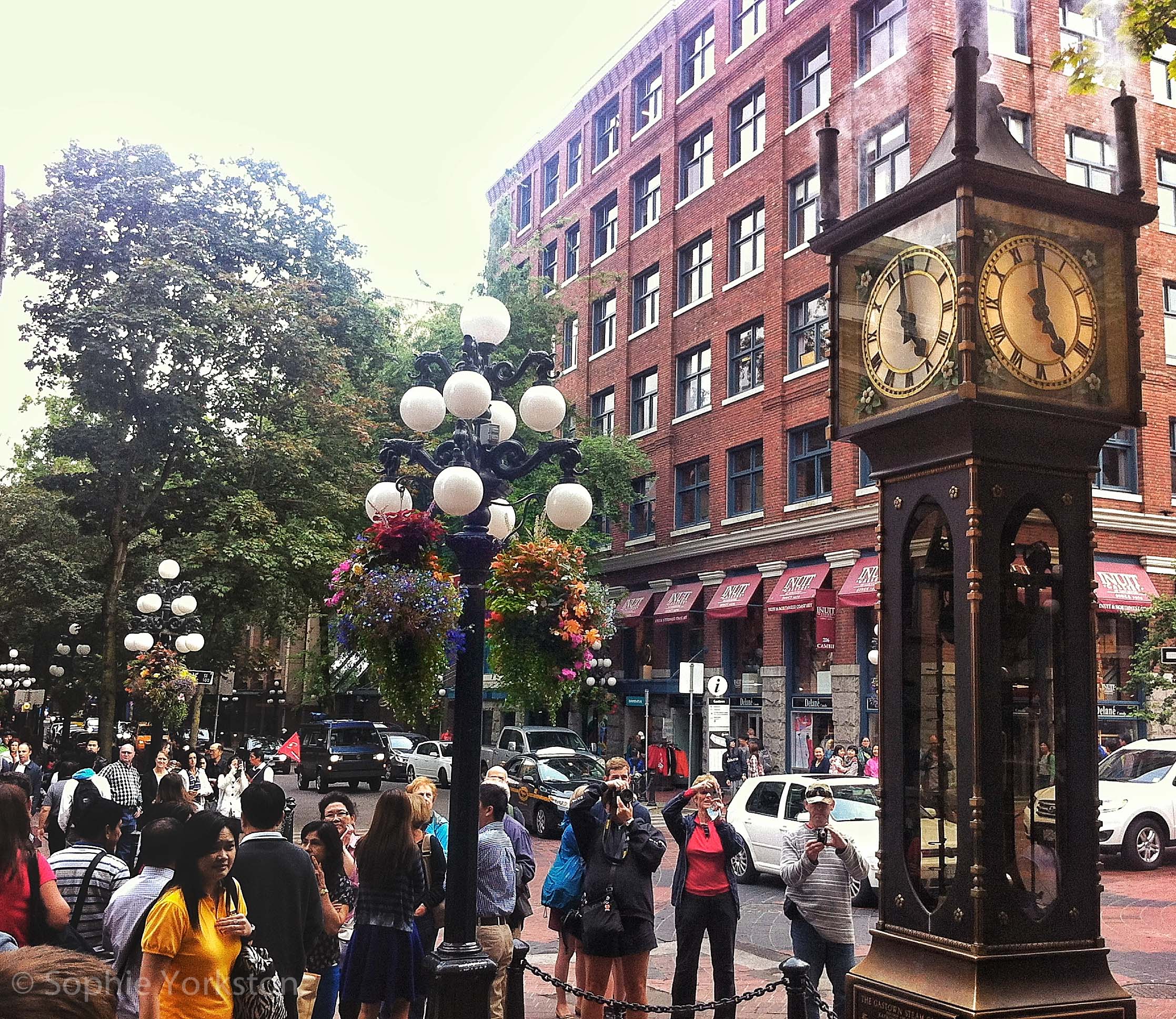 It was a quiet little street, until shortly before the clock was to strike the hour. People would be begin to gather, collecting in little pockets, creating eddies and disrupting the flow of traffic. Someone would dart across to the clock, caressing its brass casings lovingly, before posing so that a photograph would be taken. Some would climb to get a better look at the twisting balls that were the clock mechanics, this one here dropping to mark the minutes. Others would look to the lovingly hand-crafted face, at the delicate petals of flowers about the dial.

The loud explanations of the homeless guide drew in others as he went through the motions of explaining the steam clock and directing people to the steam vents; his voice lured those on the fringes, those curious to see what the fuss was about.

All around the clock, they would build, this solid wall of admirers. Excitement builds in them, flowing out, infecting the people around them. Like little lemmings, they stand at the foot of the clock, gathering to worship at the altar of beauty. Hopeful faces would turn upwards, looking to capture the first steam-powered movements of the whistles.

Around the corner, dressed in what once was finery but now bore the tell-tale fringing of wear, a man in vest and unravelling bow-tie waits, watching the deepening colours of the gathering energy cloud with puffy eyes. His hair is streaked with grey and unkempt, as if he has been sleeping rough for many days. He focuses on the guide in his shabby, lurid orange safety vest; his jumping about lighting up the cloud with flares of energy. The man watches, one hand restlessly fiddling with the handkerchief in his waistcoat pocket, the folded tip no longer stiff and fresh.

He waits for the swirling energy to peak, the strike is but seconds away now, the crowd waiting with baited breath of the first whistling note. At the first larger swirl of steam, the man whirls into action.

Moving faster than the eye can see, he whisks through the crowd, weaving between the clusters, gathering the glowing golden energy in his ballooning handkerchief, stuffing it in handfuls into his mouth. He leaves only as much as he can spare to keep the clock ticking and to time. He is not greedy and knows that next time he comes, it will be better if the clock chimes on the hour.

As the Westminster Quarters issue from the clock, the man walks away, his hair curling softly and glowing gold in the sunshine, his eyes bright and clear. His whole attire is immaculate and looks brand new, while a little old-fashioned. Under his arm, a large handkerchief is tied in a bundle which squirms noticeably.

A small child, holding onto her mummy’s neck notices and opens her mouth in a perfectly astonished O. The man winks at her, tucking his bundle more tightly under his arm, stealing away with the glut of energy that will fill him for days.

He muses as he walks away, that maybe he will stay in Vancouver for a while. After all, he hasn’t dined like this for many centuries, on a food so pure. He smiles. Perhaps the quiet life is the one for this energy eater.